An old video of Koffee covering American rapper Fetty Wap’s “No Days Off” has rubbed Foota Hype the wrong way as he slams the Grammy kid questioning her sexuality. 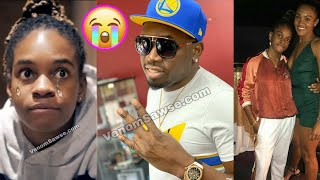 Foota Hype is a very vocal person, frequently sounding off online about numerous topics. One of his most pressing issues seems to be regarding reggae artiste Koffee. Foota has steadily taken offense to her masculine style of dressing, chastising her on many occasions. In this particular instance, he posted a video clip on his Instagram page on Wednesday of Koffee singing Fetty Wap’s hit as she strums along on her guitar.

He is seemingly making reference to the lyrics of the song, which are directed to a female, finding an issue with it suggesting that Koffee is singing to a female counterpart. It appears that he possibly thinks Koffee wrote the song herself, or he expected her to switch up the lyrics from feminine pronouns to masculine ones. This is heavily based on the uncertainly surrounding the “Toast” singer’s sexuality, which has been debated from the start of her career. Many have suggested that the Grammy kid is gay, while others have labeled her as a “tom-boy.”

A few of Foota’s followers shared his sentiments and took to the comment section to lash out at Koffee, questioning her intentions and sexuality while insulting her in a demeaning manner. On the other hand, individuals who were familiar with the Fetty track chastised Foota for his insinuations, while others supported Koffee declaring that even if she is, in fact, gay, they would not care.

One user dissed Foota, simultaneously informing him that it is not the norm to change the lyrics of a song to suit your gender. She wrote, “Anuh she write di song b*ttyboy. Same way we sing Kartel songs and they are about girls. She is singing another artist song and it is about a girl… guh worry bout your immigration status and leave Koffee alone.”