Dancehall artiste Vybz Kartel has received his share of domestic violence because he is a cheater.

Tanesha Johnson also known as ‘Shorty’ who is also the common-law wife of Vybz Kartel,

Make it clear in an interview by Lava Sound that Vybz Kartel suffers from domestic violence by her.

She stated in the interview that she once stab Vybz Kartel with an icepick because she catches him with another woman,

Also in the interview, she explains how every time they had an argument she will just beat him up and break the windshield of his car.

The interview is very long and I won’t explain everything so you can just watch it below.

WATCH THE VIDEO HERE WITH SHORTY 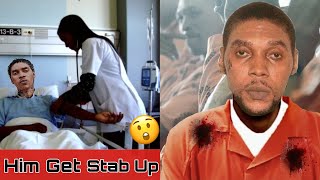